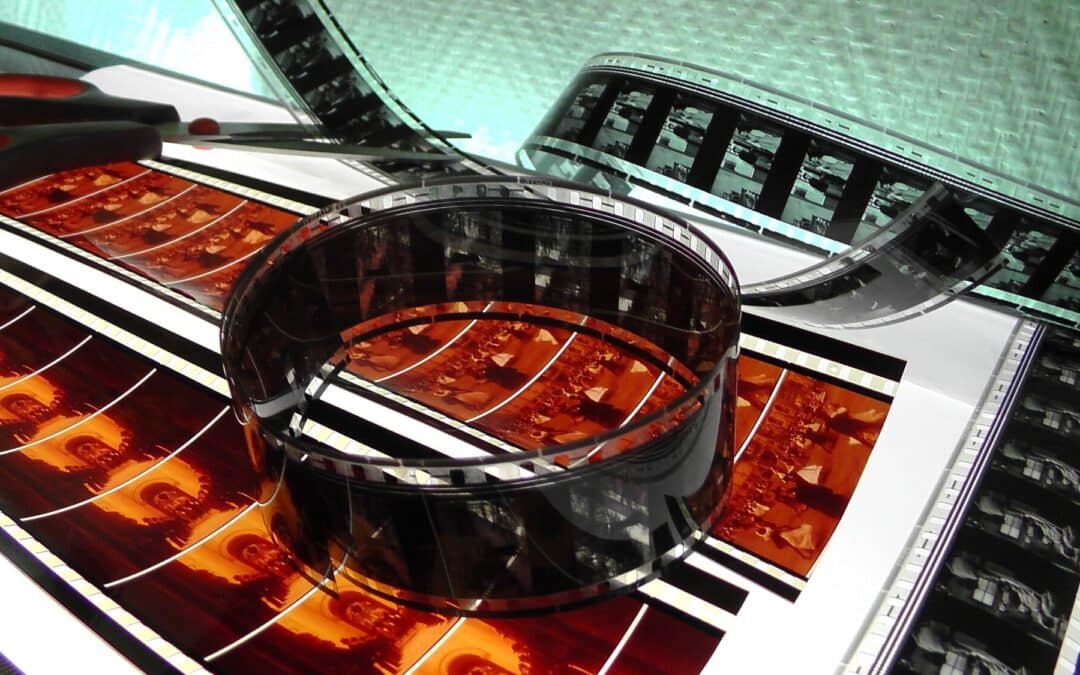 Did you know that 16mm film is referred to as “safety film” in the industry because it was made out of a non-combustible acetate plastic that was much safer than the highly-flammable 35mm film?

While that’s interesting for sure, if you have any old 16mm film lying around, it’s time to digitize it! Film transfer services can take your old memories and turn them into high-quality digital files that can be enjoyed for years to come.

Whether you’re looking to preserve your family history or just want to watch your old films again, transferring them is the best way to do it. However, what is there to know about the 16mm film transfer process?

Keep scrolling to learn about your options when digitizing any sort of film these days.

How to Identify 16mm Film

Not sure if the film you found in your family’s attic is 16mm film or another type of film?

The easiest way to identify 16mm film is by the gauge, or width, of the film. 16mm film is 16mm wide. 16mm film is much narrower than other types of film, such as 35mm or 70mm. This is why it is often referred to as a “narrow gauge” film. 16mm is twice as wide as 8mm or Super8 film.

Another way to identify 16mm film is by its perforations or sprocket holes. These are the small, evenly spaced holes that run along both edges of the film (only 1 edge for sound film). 16mm film has much smaller perforations than other types of film, which helps it fit into smaller cameras and projectors.

Finally, 16mm film is often sold in rolls that are 100 feet long.

Why You Should Digitize Film

Not sure if digitizing your 16mm film is the right move? We recommend it regardless of the state that your film is in. Why? Digitizing your old 16mm film preserves it and makes it easier to watch.

When you digitize film, you’re converting it into a digital format that won’t degrade over time like analog film. You’re also making it easier to watch because you can view it on any device that has a digital screen, including phones, computers, and TVs.

In addition, the digitized film takes up less physical space than analog film. So if you’re running out of room to store your old movies, digitizing them is a great solution. Likewise, if you ever want to edit your films or share them with others, digital is the way to go.

The Benefits of Film to Digital Transfer

Aside from some of the benefits mentioned above, are there other benefits of the 16mm film to digital transfer process?

Actually, yes! This process can improve the quality of the film in some cases. The transfer process can remove scratches and other damage, resulting in a cleaner and sharper image.

The digital format also allows for a wider range of colors and tones, giving the film a more vivid appearance.

Not only that, but the film to digital transfer can make it easier to edit the film. Having your home video or short film in a digital format makes it possible to add or remove scenes, change the order of scenes, and make other changes that can improve the film.

Overall, the film-to-digital transfer process has many benefits that make it an attractive option for those wanting to preserve or improve their films, regardless of what they’re about.

What does the film transfer process look like? It depends on which route you take. Namely, you’ve got two options. You can DIY your film transfer, but that’s going to require you to have a 16mm projector and camcorder. Or, you can take your 16mm film to a film transfer company.

Want to DIY the film transfer process? While we don’t suggest this for optimal results, we know that some people simply want to play around with their film as a hobby. If that’s the case, you will first need to clean your film using a soft brush and distilled water.

Next, use a film scanner to create high-resolution digital files of your footage. Then, you’ll be able to edit and export the files to your desired format.

Additionally, if you’re using a 16mm projector and camcorder, you can also set up the projector close to a screen or matte white foam board. Put the camcorder lens above the projector so that it records the screen.

You’ll essentially be recording the film as it passes by the screen. And while this means you’ll have a digital recording of the film, it won’t be the best recording possible. If you’re looking for a higher-quality video then we suggest…

The decision to have your 16mm film transferred to a digital format is an important one. Not only will it ensure that your films are preserved for future generations, but it will also make them much more accessible.

A professional film transfer service will provide you with high-quality digital copies of your films, which can be viewed on any computer or mobile device. In addition, the transfer process itself is relatively simple and straightforward when done by professionals.

Once you have sent your films to the transfer company, they will handle the rest. The result will be a set of stunning digital films that you can enjoy for years to come.

Interested in taking the hassle out of the film-to-digital transfer process? We don’t blame you.

At Envision, we transfer your film memory-by-memory to digital formats that include DVDs, Blu-Rays, or digital files. We make it easy for you to enjoy, share, and save your memories all while providing you with a lasting digital memory you can cherish forever.

Need another size outside of 16mm film? Our film transfer service is available for other formats as well, including 8mm, Super 8, and even 9.5mm international size film.

View our full range of film transfer services to find out more about how we can help.