Audio Cassette Digitization: A Guide to the Conversion Process 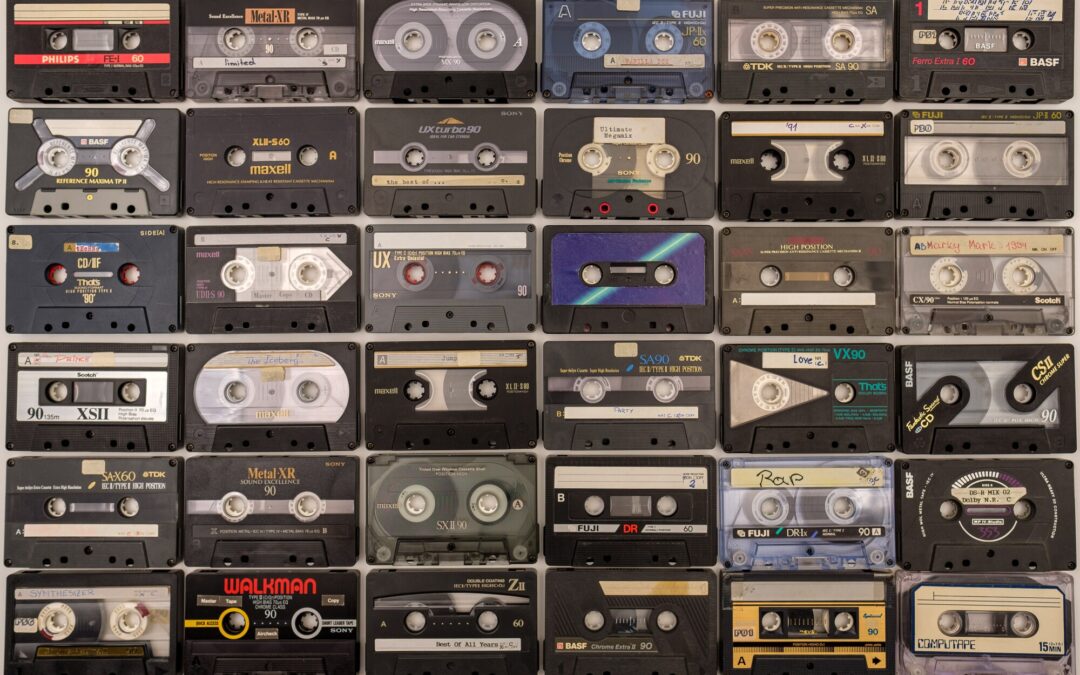 Believe it or not, we’re seeing the return of the audio cassette. Why? In part, because they’re cheap to produce, making them the perfect indie darling for bands both known and unknown.

If you’re new to the audio cassette (as in, didn’t grow up collecting them and fighting over who could play what in the car), we have something important to tell you. Cassettes are not built to last.

That means that if you bought your favorite new album on cassette or you’ve recorded something of your own on cassette, it’s crucial that you make a digital copy. No, that isn’t very old school, but it will save the day when your audio cassette inevitably stops working.

How can you perform the audio conversion from cassette to digital? We’re here to tell you. Keep reading to learn more.

First, let’s talk about why your audio cassettes aren’t going to last forever. It’s easy to overlook the importance of audio conversion when you don’t know how audio cassette tapes deteriorate over time.

The primary issue comes down to a little something called sticky shed syndrome, an issue so prevalent with cassette tapes that even the Library of Congress is looking into it.

Over the course of time and repeated plays, that magnetized coating starts to shed. It can become stuck in your cassette player or it can simply come loose from the plastic carrier. Either way, it makes your cassette tapes stop working.

How can you tell if your audio cassettes are starting to suffer from sticky shed syndrome? They may move sluggishly when playing or when you’re fast-forwarding or rewinding the tape. They may also produce unusual and unwanted sounds, like squeaking or screeching.

Can You Make Your Audio Cassette Last Longer?

There are a few ways that you can protect your audio cassettes so that they last longer. Unfortunately, it’s not easy to undo sticky shed syndrome, but you can potentially slow down the eventual deterioration.

One important step is to consider proper storage. Audio cassettes don’t do well in extreme heat or high humidity. If possible, make sure that they’re stored in a cool to moderate area with humidity levels below 40%.

Another thing you can do is keep your tapes rewound when not in use. Don’t pause a tape halfway through and leave it that way. When the tape is stretched from one spool to another, it can start to warp.

The last solution? Don’t play your tapes too much. This one seems counterintuitive to owning tapes because after all, you bought them (or recorded them) to listen to them–but this is where audio conversion comes in.

Now, let’s talk about some of the ways that you can digitize the audio on your cassette tapes. This allows you to preserve your audio before it becomes distorted and can keep you from listening to your cassettes too much. We’ve provided a few different methods, ranking them from worst to best.

One easy but not-so-great method is basic recording. This isn’t exactly what we would call audio conversion, but it will do in a pinch.

Keep in mind that this isn’t going to generate great audio quality. You’re going to lose some of the nuances of the original recording and pick up unwanted background noise.

If you want a better method that you can try at home, this one is worth a shot. However, it may require you to buy some equipment and software that you don’t already have.

To do this, you will need:

Connect your audio cassette player to your computer using an audio cable, preferably one of good quality that won’t create any electrical interference. Record the audio by playing the cassette while creating a new recording on your computer. You can use sound editing software to remove any unwanted audio caused by imperfections on the tape.

Truth be told, most people don’t want to buy new equipment or learn new skills to create audio conversions on their own. If you’re in this boat, we have the perfect solution for you: outsource your audio conversion needs.

At Envision Video Services, we know a thing or two about converting old media forms into digital files. We offer top-notch audio conversion services and work hard to produce the highest quality digital files possible based on the media you send us.

If you’re attached to your audio cassette collection, you’re not alone. If those recordings are rare, you need to find a solution to preserve them, because unfortunately, the cassette tapes won’t last forever. That’s where we come in.

Whether you need to convert VHS tapes, digitize old photos, or convert cassette tapes to mp3 files, we’ve got you covered. Contact us to let us know what kinds of conversions you need and any other specifics we should know. We’ll get in touch and let you know more about our process and how we can help.